These fun facts about cats will make you feel all fuzzy inside.

You may love your cat, but you may not be fully aware of just how cool your she — and her overall species — really is. For example, did you know that cats have an extra organ that allows them to taste scents? Or that they developed meowing as a way to communicate exclusively with humans?

Clearly, there’s more to your little feline friend than meets the eye. So, to help you fully appreciate how awesome cats are, we asked cat care professionals on Care.com — namely, cat sitters, boarders, and groomers — to share their favorite fun facts about these mystical creatures. We then pulled together a list of the 101 most amusing cat facts that you can share with your friends and family. 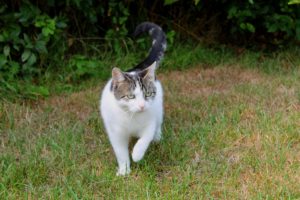 Facts About Quirky Cat Behaviors — And Why They Happen

Facts About Cats Who Made History